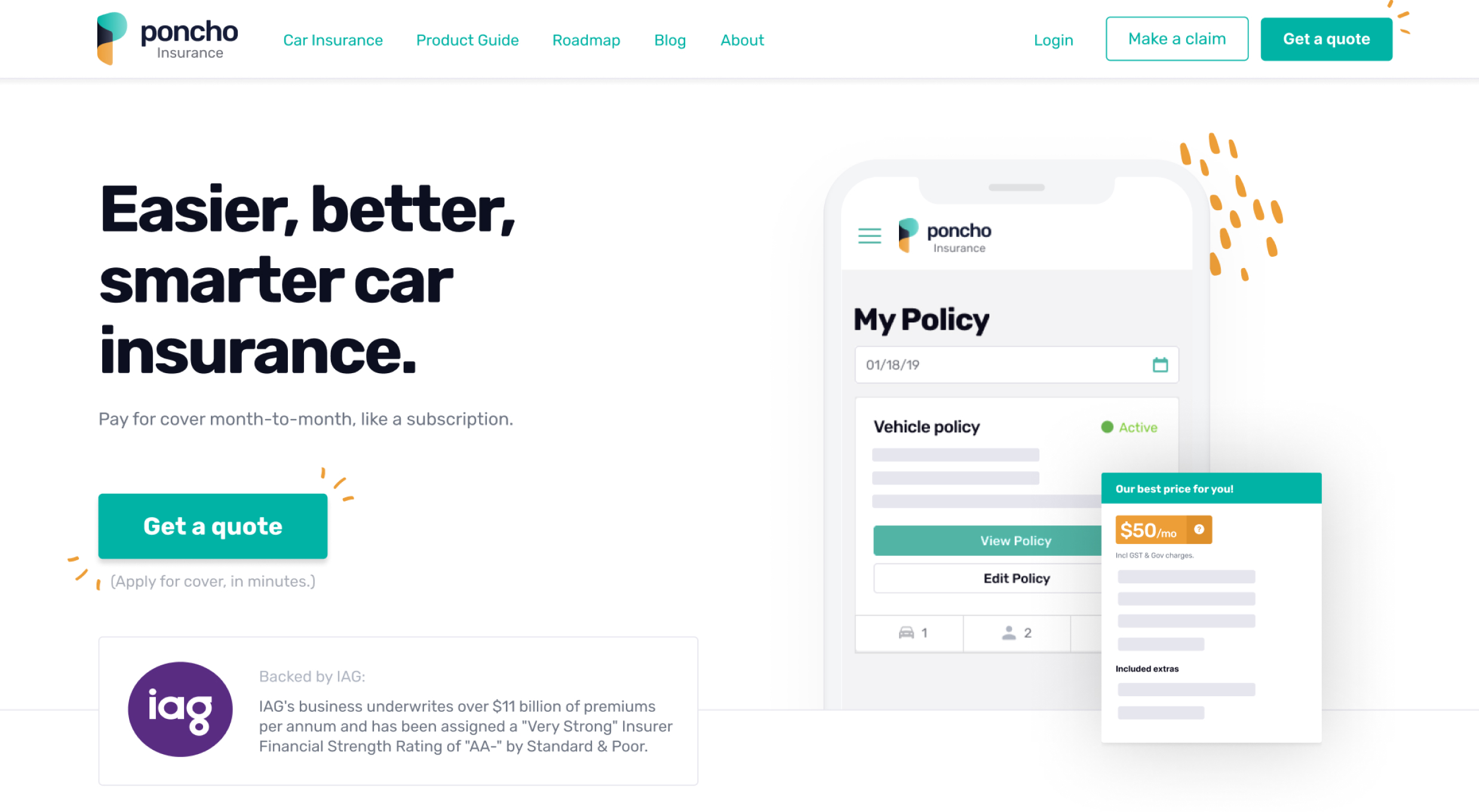 What can you learn from Nintendo’s success?

Yep, Nintendo, the Japanese electronics and video game company that powered your childhood. Push the warm feelings of nostalgia aside. Nintendo doesn’t just sell toys. Through its 100+ year history, Nintendo has taught a masterclass in business resilience and adaptability. We’ve gleaned a lot of incredible startup lessons from Nintendo and, in this post, we share our top takeaways.

Here are 5 lessons that every startup can learn from Nintendo:

Nintendo has never been afraid to take chances and try new things. In the 130 year history of the company, Nintendo has sold everything from playing cards to ramen noodles. It even ran a chain of love hotels in the 50s and 60s. It wasn’t until the late 1970s when Nintendo decided to jump into electronic games. Within 10 years, Nintendo emerged as the dominant player in the gaming industry.

If there’s one thing you can say about Nintendo, it’s that Nintendo doesn’t flinch at risks. The company is willing to try anything once. Sometimes, the risk doesn’t pay off, but when it does, the return is huge. Currently, Nintendo is worth US$85 billion and is the third most valuable company in Japan.

Don’t be afraid to try. It may not work out, but what if it does? Nintendo failed at a lot of ventures, however, it was able to bounce back from failure because it realized that failure is part of the business process.

In the same fearless spirit, we’ve taken chances this year and they paid off big time. One of our biggest projects to debut from our creative agency this year is Wireframy, a drag and drop wireframe kit for product designers and those interested in UI/UX design. We built this digital product in the middle of the pandemic to empower our audience, many of whom are working from home and looking to upskill. To date, Wireframy has been downloaded over 5,000 times. Try it out for free here.

Lesson 2: Don’t be afraid to enter a saturated market

By the time Nintendo entered into arcade games, it was crowded. For those of us old enough to remember the reign of Atari in the mid-1980s, it was hard to imagine that another company could ever take the crown. Nintendo managed to snatch the crown. And while its status has been challenged by companies like Sony and Microsoft, Nintendo has remained a power player for over 30 years.

Nintendo didn’t just enter the game, it changed the game, and it did so by creating its own niche.

Crowds equal opportunity. Don’t be discouraged to enter because there’s a lot of competition. Focus on creating a product that serves the same audience but is still unique and inimitable.

Take a look at our client Poncho Insurance for a living example. As every Australian knows, the motor insurance market here is saturated. Poncho Insurance wasn’t going to differentiate itself by simply offering a quote. Everyone does that. Instead, through our UX strategy we offer something different: Insurance sold like a subscription service — a Netflix-like experience for insurance shoppers. This revolutionary strategy allowed Poncho to capture a broader market audience, particularly millennials who are widely allergic to contracts and cancellation fees.

Lesson 3: Be willing to step over carcasses

When Nintendo developed its first arcade games in the late 70s/ early 80s, there were no less than 100 other game companies vying for dominance. However, a crowded market and the over-production of poor quality video games led to an industry-wide crash in 1983.

Did that stop Nintendo? Nope. While most video game companies closed shop, Nintendo saw an opportunity to introduce its Nintendo Entertainment System (NES) console in the summer of 1983. Within four years, Nintendo had achieved 65% of the market share in hardware sales, pushing out chief competitor Atari, which only took a meager 24% share of the hardware market.

Don’t worry if other competitors are dying. Their absence can create a huge opportunity for future growth.

It’s also important to adapt to a changing environment. If your industry has changed since you decided to start your business, you have two choices: Quit or go harder.

Our client Vital.ly chose the latter. Vital.ly is a digital platform, professional health resource, and distribution service. Instead of repeating their competitor’s failed strategies of attracting new customers, we focused on user retention. We focused on improving the overall UI and UX of the product and pushed out more features to close the customer experience loop within their product. We launched a series of UX and product improvements.

First, we developed a learning portal to educate and empower practitioners. This turned Vital.ly into an educational resource instead of merely a commercial one.

Next, we developed a streamlined treatment planner that simplified how practitioners provided complex medical scripts.

Ultimately, our efforts refined Vital.ly’s entire user experience and made it a lot stickier for users during a time where acquisition was more challenging.

Marketing was the key driver of Nintendo’s blockbuster success in the video game console industry. By the beginning of the 1980s, electronic games were declining in popularity. So, instead of marketing its console as a video game, Nintendo chose to market the NES as a toy. This shifted Nintendo’s target audience from teens to kids which made the console an instant Christmas wish list item. Such marketing also signaled an important message to consumers. It suggested that Nintendo is a safe choice that you can use with your kids.

Marketing is about getting your foot in the door. But, like Nintendo found out, sometimes you have to switch up your marketing strategy. You can’t just do what everyone else is doing.

Sometimes, you’ve got to experiment.

This is what we did for professional photographer marketplace Snappr. We created a free photo analysis tool for LinkedIn users that tied back to Snappr. Users were drawn in by the fun tool and, before they knew it, they were led directly to Snappr. This experimental marketing strategy (or growth hack) caused Snappr to reach the coveted #1 spot on popular curation site Product Hunt.

Get creative on how you target your audience. Don’t just stick with the same marketing strategy that your competitors are using.

Lesson 5: Focus on quality instead of quantity

What set Nintendo apart from its competitors was its ability to create high-quality games that people actually wanted to play over and over again. The games, like Super Mario Bros. and Donkey Kong, were inventive, quirky, and unlike the standard shoot ‘em ups.

Invest your time into creating products and a user experience that’s both delightful and sticky.

Take our client Yard Home Loans for an example of this principle at work.

Home loans and delight don’t usually go in the same sentence. But why not? After all, you’re happy when you finally purchase a home. Should the process of getting there be miserable? Nah.

With Yard, we simplified and demystified the home loan user experience and process, and even made it pleasant. Both in a UI and UX perspective. We also made it possible for users to save their progress so that they could return at a more convenient time.

Focus on delivering a delightful UX and real value to your target audience so that they actually want to return.

Nintendo is a remarkable company that isn’t afraid to reinvent itself. With its fearless optimism and willingness to try new things, Nintendo has taught a masterclass on resilience, adaptation, and innovation.

Would you like to build a business that isn’t afraid to take on new ideas like Nintendo? We can help you define your brand and develop an in-demand but forward-thinking product. Let’s schedule a time to chat. 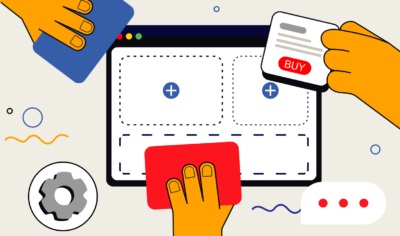 UX has a pivotal role to play in increasing revenue. It is usually an overlooked aspect of the checkout process, […] 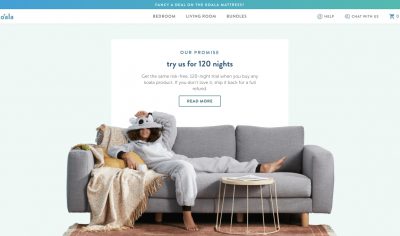 Hey game changer, It’s Philippe from Raw.Studio, hope you had a stellar weekend! Today I’m on a mission to help […]